The prize is given by the Enhanced European Innovation Council EIC for work on the social effectiveness of blockchain technology.

The winning consortium emerged from LEDGER acceleration program under the EU Next Generation Internet Initiative, which initially brought together Aalto University, startups Mesensei (Espoo) and Merits (Milan). Generalised Merits for Respect and Social Equality —or GMeRitS in short— was formed when Politechnico Milano, NOVACT and Qbit from Barcelona joined in the consortium.

"The new features of the digital economy cannot be fully utilized with the current instruments of the economy. Unlike material goods, which are depleted when they are used, many digital assets actually get better when they are being used and shared. This immaterial value exchange cannot yet be fully measured and the value created in this kind of exchange cannot be effectively distributed or taxed. Our consortium has conducted scientific research and practical experiments on blockchain technology and paved the way for new forms of incentivization, accounting and even taxation innovations", says Professor of Practice Pekka Nikander from the School of Electrical Engineering from Aalto University.

“Community driven economies can play a significant role in our economic system. It is not trivial who designs the enabling technology, and how easy —or hard— it is to participate. Complex technologies and abstract concepts must be made accessible with great user experience and easy to understand systems. Without accessibility, blockchain remains as the domain of tech enthusiasts & speculators instead of benefitting the general public. Our part has been to understand the needs and capabilities of a diverse range of communities to design universal user experiences, which can bridge the gaps between complexity and usability”, says Claudia Treuthardt, Co-founder and Chief Design Officer of Mesensei.

Winning of an award sum equivalent of Nobel prize gives a big boost for the consortium in resources, visibility and credibility. “The news made an immediate splash in the scene — we have already been approached by significant institutions with interest to run more ambitious experiments than what has been attempted so far”, says Tuukka Ylälahti, Co-founder and CEO of Mesensei.“

That is very good news indeed, but winning the prize is just the beginning. We are now working on hosting a conference where we open up the research and showcase the experiments we have done so far to win this award. With GMeRitS our goal is provide inspiration and encouragement to think boldly about the future of technology, economy and financial inclusion —and form new partnerships to run the next round of experiments”, says Tuukka

If you are interested to learn more about the Next Generation Internet, Blockchains for social good prize, the upcoming conference, or partnering up with GMeRitS please don’t hesitate to contact us!

I’m a text box. Double click me to edit the text or to change the way I look. You can change the font, size, color, and so much more.

I’m a text box. Double click me to edit the text or to change the way I look. You can change the font, size, color, and so much more. For advanced styling options, click on “more” located on the right hand side of the text editing menu. 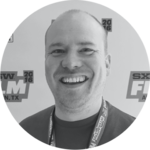 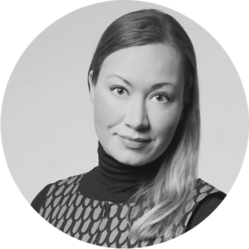 Our experts are experienced community designers and management consultants. We are happy to assist you to in building strong and engaged community with an impact.